Coretta Scott King: Honoring The Woman Behind The Man

There is a woman, however, that should also be acknowledged on this day. A woman who fought to make this day a national holiday. A woman who fought alongside her husband not just for his causes, but her own. So while you reflect on the greatness of Martin Luther King Jr, take some time to learn about his wife, Coretta Scott King.

Martin Luther King, Jr. and Coretta Scott met in the city of Boston, Massachusetts in January of 1952 through a mutual friend. King, Jr. recalls being struck by her “good mind” and her history of activism in the area of racial equality in his autobiography:

“I never will forget, the first discussion we had was about the question of racial and economic injustice and the question of peace. She had been actively engaged in movements dealing with these problems.”

After an hour, my mind was made up. I said, “…We ought to get married someday.”

“Someday” was a little under a year and a half later, on the lawn of her mother’s house where Coretta had the vow to ‘obey her husband’ removed from the ceremony. 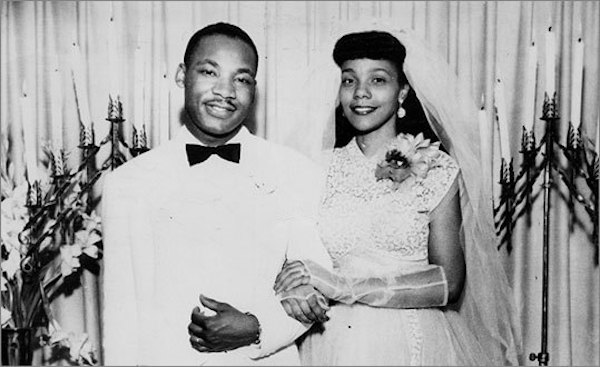 In addition to raising their four children, Coretta played a crucial role in Martin’s work. Not only did she help him, but fought for her own issues.

“I had to have a wife who was as dedicated to the struggle as I was. I wish I could say that I lead her down this path, but I must say we went down it together. Coretta she was actively involved in the struggle when we meet. A wife can either make or break a husband, my wife was always stronger than I was in the struggle. Coretta proved to be the type of wife with the qualities to make a husband, that could have been so easily broken. In the darkest moment she always brought the light of hope. I am convinced that if I had not had a wife with the fortitude, strength and calmness of Coretta. I could not have withstood the ordeals and tension surrounding the Movement. If I have done anything in this struggle, it is because I had beside me a devoted, understanding and dedicated wife.” – Martin Luther King, Jr

She criticized the sexism of the Civil Rights Movement in January 1966 in New Lady magazine, saying in part, “Not enough attention has been focused on the roles played by women in the struggle. By and large, men have formed the leadership in the civil rights struggle but…women have been the backbone of the whole civil rights movement.”  Martin Luther King, Jr. himself limited Coretta’s role in the movement, and expected her to be a housewife. 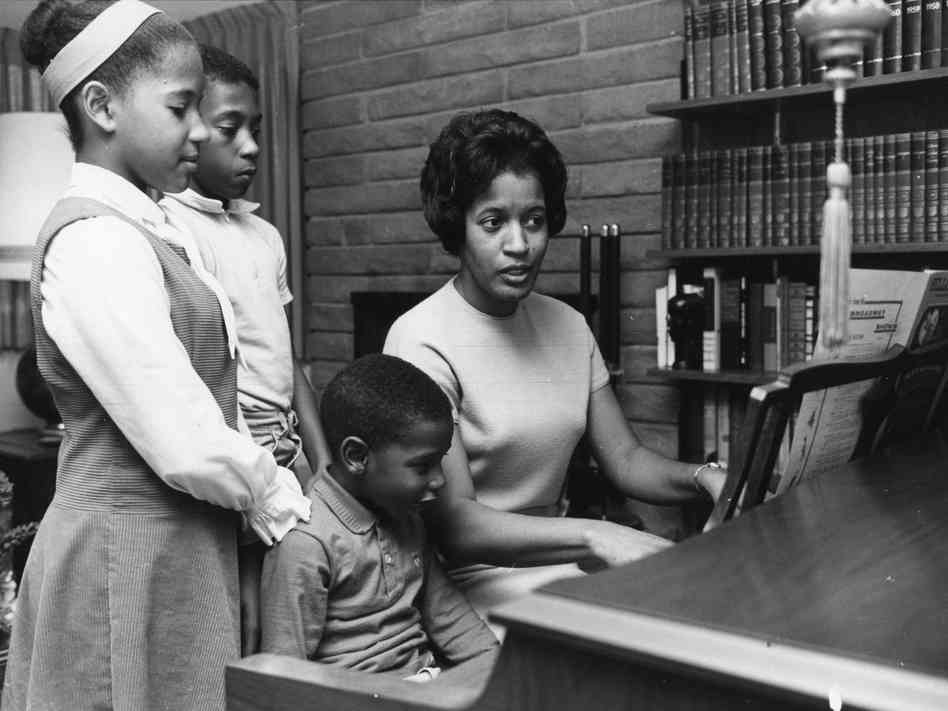 King participated in a Women Strike for Peace protest in January 1968, at the capital of Washington, D.C. with over five thousand women. In honor of the first woman elected to the House of Representatives, the group was called the Jeannette Rankin Brigade. Coretta co-chaired the Congress of Women conference with Pearl Willen and Mary Clarke.

Martin Luther King, Jr. was shot and killed in Memphis, Tennessee on April 4, 1968. Coretta learned of the shooting after being called by Jesse Jackson when she returned from shopping with her eldest child Yolanda. King had difficulty settling her children with the news that their father was deceased. She received a large number of telegrams, including one from Lee Harvey Oswald’s mother, which she regarded as the one that touched her the most.

Two days after her husband’s death, King spoke at Ebenezer Baptist Church andmade her first statement on his views since he had died. She said her husband told their children, “If a man had nothing that was worth dying for, then he was not fit to live.” She brought up his ideals and the fact that he may be dead, but concluded that “his spirit will never die.”Not very long after the assassination, Coretta took his place at a peace rally in New York City. Using notes he had written before his death, King constructed her own speech. Coretta approached the African-American entertainer and activist Josephine Baker to take her husband’s place as leader of the Civil Rights Movement. Baker declined after thinking it over, stating that her twelve adopted children (known as the “rainbow tribe”) were “…too young to lose their mother”. Shortly after that Mrs. King decided to take the helm of the movement herself.

King played a prominent role in the years after her husband’s 1968 assassination when she took on the leadership of the struggle for racial equality herself and became active in the Women’s Movement and the LGBT rights movement. King founded the King Center and sought to make his birthday a national holiday. King finally succeeded when Ronald Reagan signed legislation which established Martin Luther King, Jr. Day. She later broadened her scope to include both opposition to apartheid and advocacy for LGBT rights. King became friends with many politicians before and after Martin Luther King’s death, most notably John F. Kennedy, Lyndon B. Johnson, and Robert F. Kennedy. John F. Kennedy’s phone call to her during the 1960 election was what she liked to believe was behind his victory.

She followed in his legacy and spent her life fighting for civil rights. Not only did she urge rights for African Americans but remained outspoken on world peace, apartheid in South Africa, and on civil rights for the LGBT community until her death.

“When you have challenges, you have to measure up to them. Be your best self.”

“Struggle is a never ending process. Freedom is never really won, you earn it and win it in every generation.”

“Women, if the soul of the nation is to be saved, I believe that you must become its soul.”

“I’m fulfilled in what I do… I never thought that a lot of money or fine clothes – the finer things of life – would make you happy. My concept of happiness is to be filled in a spiritual sense.”

“If American women would increase their voting turnout by ten percent, I think we would see an end to all of the budget cuts in programs benefiting women and children.”

This article was written by Harris O’Malley from The Washington Post A thought experiment: Imagine how people might react if Taylor Swift released an album made up entirely of songs about wishing she could get back together with one of her exes. We’d hear things like: “She can’t let go. She’s clingy. She’s irrational. She’s […]

Flowers & Meaning: Which Flowers Are Best For What You Want

Get Inspired - Monday's Newsletter
Weekly inspiration packed full of interesting stories, tidbits, and positive psychology.
You will receive communication from Lauren Martin at Words of Women regarding the Monday Newsletter,
events, news and promotions. You may opt-out at any time.

Have you seen the book recommendations?

Keep up to date on what I loved and as well as what I'm reading next!