“I am not eccentric. It’s just that I am more alive than most people. I am an unpopular electric eel set in a pond of catfish.”
― Edith Sitwell

I decided to write this newsletter because for the past few weeks I’ve been more self-hating than usual. I feel like every time I leave my apartment I spend the next few days fretting over something. Did I say too much? Did I talk too loud? Did I embarrass myself?

And I’m getting really tried of it all. Of feeling like everything I say is wrong, everything I do is too much of one way. I guess it’s why I’m drawn to eccentric women. Selfishly, it may even be part of the reason I keep Words of Women alive. I need these women, these examples and reminders of women who didn’t care….

Didn’t care if they were popular. Din’t care what people said about them. They didn’t care because there was nothing they could do about it – not if they were going to continue to live as themselves anyway.

They chose to be themselves, sometimes moody, sometimes brash, sometimes over-the-top. They were hated by some and adored by others. They were gossiped about, written about and sometimes even thrown out. But they were also remembered.

And while we always feel awful and embarrassed after ‘showing too much’ of ourselves , maybe we shouldn’t be. Maybe we should cultivate our eccentricities and uniqueness like these women were so fascinated with today. Because in the words of Diana Vreeland, “People who eat white bread have no dreams.” 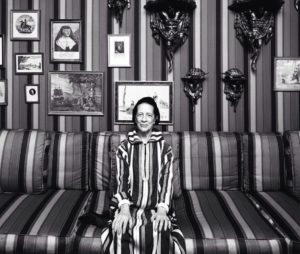 “She seemed almost alien. She had this incredibly royal approach to things, dressed all in black. When she looked at me, it was both terrifying and challenging at the same time.” Huston’s response? “I promptly fainted on the floor,” she laughs. “When I came to, she was patting my cheek and offering me a whiskey. But even when she was very sweet, she scared me.” – Lauren Hutton

It was me and Jack [Nicholson] and Toots [Anjelica Huston] and Warren [Beatty] and Michelle Phillips and Diana Vreeland.” Cher tells the story, about a night in 1968 when the legendary Harper’s Bazaar (1937 to 1962) and Vogue editrix (1962 to 1971) was visiting Los Angeles and invited to corral with the creme de la creme of young Hollywood. “And we were all just cool enough to know” — this is Cher talking, remember — “that she was definitely the coolest person in the room.” 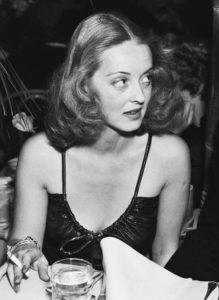 What People Say About Her:

“She is an original. There has never been anyone, before or since, who could touch her!”- Angela Lansbury

“For me, Bette Davis stood out from other actresses because of her signal audacity. – Meryl Streep

(American singer and actress known  her highly distinctive singing style and her 1953 recordings of “C’est si bon” and the enduring Christmas novelty smash “Santa Baby”, which were both US Top 10 hits.) 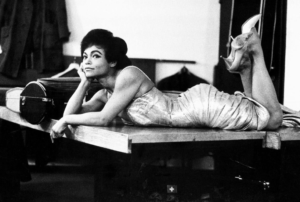 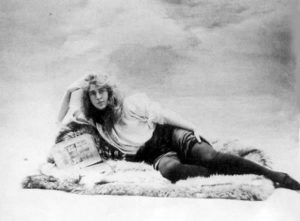 What They Say About Her:

She wanted to charm, sparkle and live her life as a work of art. – Diana Souhami

(An American actress known for her husky voice, outrageous personality and wit, she starred in some of the 20th century theater’s preeminent roles in comedy and melodrama, and gained acclaim as an actress on both sides of the Atlantic.) 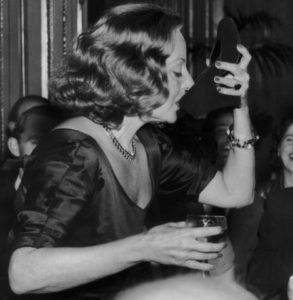 “We all adored her. We were fascinated by her, but we were scared to death of her, too. . . . She had such authority, as if she ruled the earth, as if she was the first woman on the moon.” – Joan Crawford

(American jazz singer with a career spanning nearly thirty years. She is widely credited with influencing the jazz and pop movements)

My idols are singers like Billie Holiday and Erykah Badu because there’s no gloss on what they do. Andra Day

Billie Holiday, Aretha Franklin. Now, they are so subtle, they can milk you with two notes. They can make you feel like they told you the whole universe. –  Janis Joplin 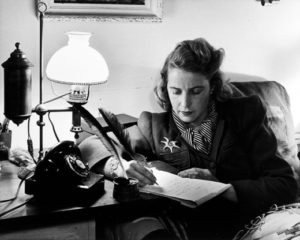 What They Say About Her:

She was, in other words, one of those people whose magnetism owes something to the fact that the line between play and life was never entirely clear to her.

It’s tempting to believe that Brown was herself the old lady whispering hush, but it’s gratifying to find from her two biographies that she was a babe — seriously, she glows like Carole Lombard — and more importantly, she was a rebel. 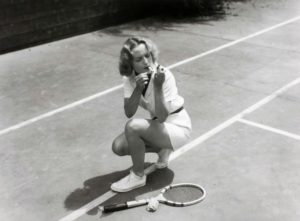 “She was so alive, modern, frank and natural that she stands out like a beacon on a lightship in this odd place called Hollywood.” – Barbara Stanwyck

“You can trust that little screwball with your life or your hopes or your weaknesses, and she wouldn’t even know how to think about letting you down. She’s more fun than anybody, but she’ll take a poke at you if you have it coming and make you like it. If that adds up to love, then I love her.” – Clark Gable

The Full Story Behind Angela Davis’ Speech At Women’s March

Angela Davis was born in Birmingham, Alabama. The family lived in the “Dynamite Hill” neighborhood, which was marked in the 1950s by the bombings of houses of middle-class blacks who had moved into the area. Davis attended Carrie A. Tuggle School, a segregated black elementary school. During this time Davis’ mother, Sallye Bell Davis, was […]

Fire, Air, Earth, Water: What Your Zodiac’s Element Says About You

Are You Self-Aware? Take This Quiz To Find Out