Life Lessons Women Could Only Pick Up From Their Mothers

INTERVIEWER
Did you have fun growing up?

WASSERSTEIN
I did because my mother was eccentric.

I always dream of what it will be like to be a mother. Will I be strict? Playful? Stressed? What excites and terrifies me most are what parts of myself –my eccentricities, my philosophies, my beliefs –will consciously or unconsciously rub off on my children. What ways of thinking and being will mold and shape my daughter or son? What will they remember and what will they forget?

We live our lives for ourselves…until we have children. Then we live for someone else. And I assume we will sometimes forget that someone is always there, always watching and learning and growing, in accordance to what we are doing. It’s scary as it is beautiful.

Maybe that’s why I’ve always been intrigued about what women remember. I love hearing other women’s stories about their mothers because at this point they aren’t just memories, but insights into who they are now because of it. 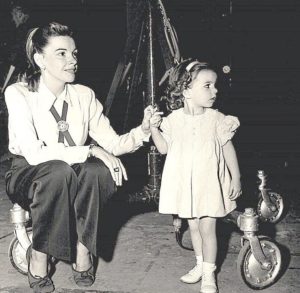 My mother gave me my guts…She was so gutsy, you know. She wasn’t this frail little thing everyone likes to think she was. She had cahones, man!

I get whatever placidity I have from my father. But my mother taught me how to take it on the chin. – Norma Shearer

Good food and a warm kitchen are what makes a house a home. I always tried to make my home like my mother’s, because Mom was magnificent at stretching a buck when it came to decorating and food. Like a true Italian, she valued beautification in every area of her life, and I try to do the same. – Rachael Ray 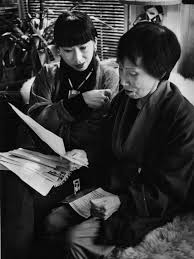 My mother believed in curses, karma, good luck, bad luck, feng shui. Her amorphous set of beliefs showed me you can pick and choose the qualities of your philosophy, based on what works for you. – Amy Tan

My mother was a courageous woman, and she had such tremendous love for life. She loved the natural world. She would wake us up in the middle of the night to go look at the moon. When I was a teenager, this was a source of great frustration because I wanted to sleep. – Maya Soetoro-Ng

My mother always taught us that if people don’t agree with you, the important thing is to listen to them. But if you’ve listened to them carefully and you still think that you’re right, then you must have the courage of your convictions. – Jane Goodall 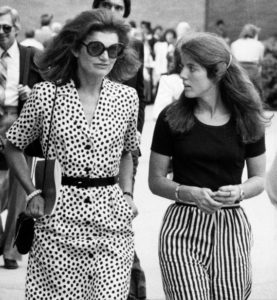 My mom and I would sit and meticulously go through Leonard Cohen and Joni Mitchell lyrics together. Even from a young age I remembered her being llke, “I”m playing this Leonard Cohen song called ‘Famous Blue Raincoat’ and when it’s done I want you to tell me what’s going on in it.” She would give me like a fake glass of wine when I was 8, and I would listen and be like “I think there was an affair.” – Carly Rae Jepsen

I was preppy, then suddenly switched around age 14. I asked my mother to go to this vintage store, and she let me buy a leopard swing coat, pink cigarette pants, and lime-green gloves. – Kate Spade 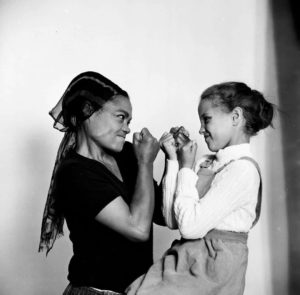 My mother would say to me, “When I’m gone, do not throw anything away — use it.” It was the core of my mother’s belief that we should be repurposing, avoiding waste and always considering the environment. My mother was organic way before it was chic. She had a vegetable garden, and a yard with chickens and roosters in Beverly Hills. She composted long before anyone knew what it was. She said any manure that was flung at her in life, whether verbal or otherwise would help her fertilize for the future. – Kitt McDonald (on Eartha Kitt)

When I was a little girl, I watched all old movies. My mother liked old movies, and she loved shopping for antiques, so I was around old things all the time. – Dita Von Teese

My mother would say, ‘Stay ready so you don’t have to get ready.’ I spent a lot of my early years preparing for beautiful moments that have unfolded in my life so far. – Dianne Reeves 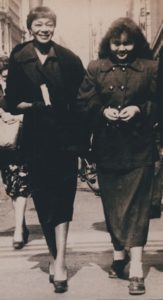 My mother used to play nothing but Billie Holiday. – Etta James 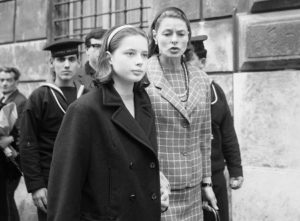 She showed great independence and great taste early on in her career as an artist wanting to expand her repertoire…and that’s why she wrote the letter to the man who would become my father. [Introducing herself to Rossellini, she famously wrote: “If you need a Swedish actress who speaks English very well, who has not forgotten her German, who is not very understandable in French, and who, in Italian knows only ‘Ti amo’, I am ready to come and make a film with you.”] – Isabella Rosellini (on Ingrid Bergman)

Discomfort: Should We Have Some of It in Our Relationships?

There’s an element to my current relationship that almost feels like it shouldn’t be there. It’s the element of discomfort, and it’s one of the best things to enter my life recently. The most valuable things we can offer our partners are the things they struggle to generate as naturally as we do. In my […]

Dear Ladies, I’m writing this to you because after three years of running Words of Women I’ve finally decided to draw back the curtain and tell you about myself. My name is Lauren Martin and I’m a 27-year-old New Yorker who created Words of Women as an outlet. For three years I’ve been using it […]

Friday, January 27th brings us a New Moon in Aquarius, followed by the Chinese New Year on Saturday, which always falls on the first new moon in Aquarius – the first New Moon of 2017. There is a sense of feeling as if there is much to overcome and a lot is posing obstacles in […]

Lessons on Anger: The Best Ways To Move Away From It

Family: The Real Reason You’re Sensitive Around Them

How To Prepare for Monday’s Super Moon