If Zelda Fitzgerald Was Crazy, What’s That Say About The Rest Of Us?

In school, while reading F. Scott Fitzgerald’s The Great Gatsby, I remember getting a side lecture about his wife, Zelda. It wasn’t so much a lecture, but a cliff note – That the famous F. Scott Fitzgerald had a crazy (bipolar) wife who spent most of her days in and out of insane asylums and drinking.

What my teacher didn’t mention was that Scott Fitzgerald was known for his excessive drinking — something that made Zelda’s family wary during their courtship. Or that he locked her in their house for weeks when she met another man in France and asked for a divorce. She also didn’t mention that Zelda may have been another one of the great writers of the “Lost Generation.”

It wasn’t until a few years ago when my curiosity peaked and I suddenly felt drawn to the wife of this legendary writer. I came across one of her quotes, a quote that struck me to my core, and explored further. What I found was that this woman is iconic. She is profound and deep and her writing is explosive. She’s as dynamic on the page as she was off, and like many great artists of our history, she had her bouts of insanity. After further investigation, I also realized that she was no more “crazy” than her literary husband. She drank no more than him, partied no more than him and loved no more than him.

In a letter to a friend before they would marry, Scott describes his love for Zelda,

I fell in love with her courage, her sincerity, and her flaming self-respect and it’s these things I’d believe in even if the whole world indulged in wild suspicions that she wasn’t all she should be…
I love her and that’s the beginning and end of everything.

—  F. Scott Fitzgerald about Zelda Fitzgerald in a letter to a friend dated February 1920

After showing Scott her personal diary, he used verbatim excerpts from it in his novel. At the conclusion of This Side of Paradise, the soliloquy of the protagonist Amory Blaine in the cemetery is taken directly from her journal.

She was also the inspiration for one of the most famous lines in The Great Gatsby.

During the birth of her only child Scott recorded his wife saying, “I hope she’s a fool — a beautiful little fool.”

Zelda’s writing debut began with a review of her husband’s book The Beautiful and The Damned, in which she alluded to the fact that he got most of his material from her. This led to multiple offers to write for other magazines. Over the course of a 6 week stay at a psychiatric clinic, Zelda wrote an entire novel. When Scott read it, he viewed it as a semi-autobiographical account of their marriage and made her remove parts that drew on shared material he wished to use. The book would be published, yet who knows what missing parts could have brought the book to literary greatness.

In the end, Zelda is left with only a scathed reputation for alcohol, partying and mental illness. But isn’t this what most literary women are remembered for in the early 1900s? Instead of revering them for their literary genius, we demean them to psychotic?

I was there in the south of France when Zelda Fitzgerald, poor darling, went off her head. She had gone into a flower shop and suddenly for her all the flowers had faces. Of course, some flowers, such as pansies, DO have faces. – Tallulah Bankhead

Yes, Zelda may have been eccentric. She may have partied too much and talked too loudly, but she was no less crazy than many of the women I know — and certainly less crazy than myself. In tribute to Zelda’s lost legacy, here’s some of her most profound insights…

“And only weaklings…who lack courage and the power to feel they’re right when the whole world says they’re wrong, ever lose.”

“Emptying the ashtrays was very expressive of myself. I just lump everything in a great heap which I have labeled ‘the past,’ and having thus emptied this deep reservoir that was once myself, I am ready to continue.”

“I don’t want to live— I want to love first, and live…incidentally.”

“She refused to be bored chiefly because she wasn’t boring.”

“She quietly expected great things to happen to her, and no doubt that’s one of the reasons why they did.” 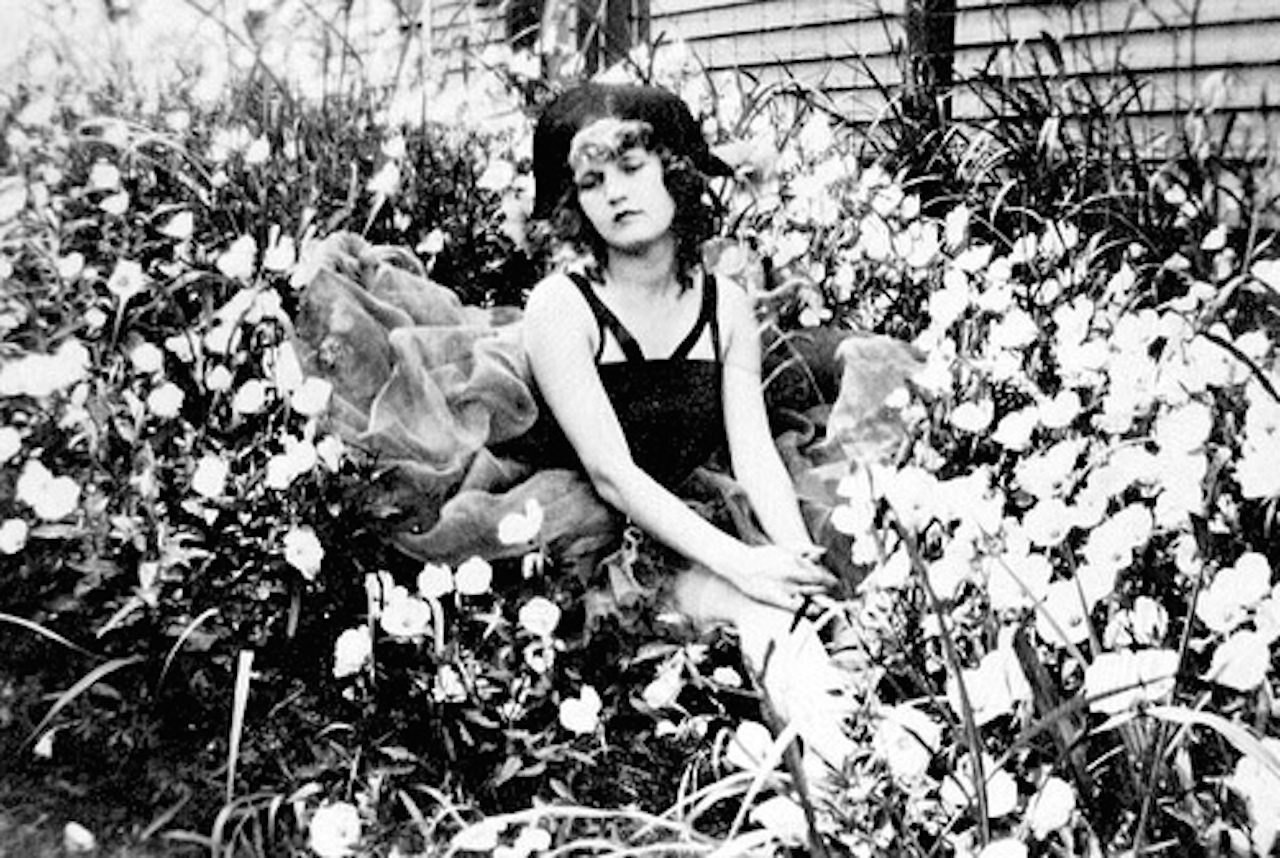 “Excuse me for being so intellectual. I know you would prefer something nice and feminine and affectionate.”

“Thanks again for saving me. Someday, I’ll save you too.”

“Something in me vibrates to a dusky, dreamy smell of dying moons and shadows.” 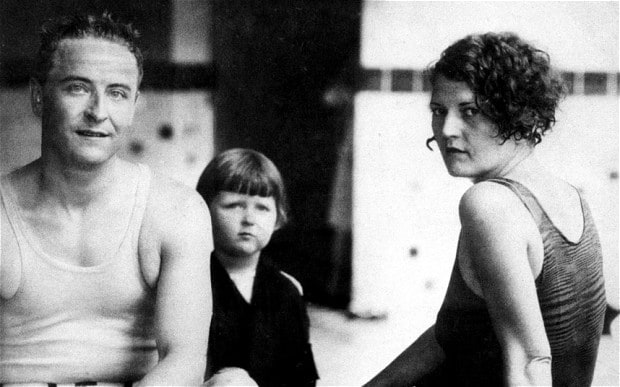 “My dear, I think of you always and at night I build myself a warm nest of things I remember and float in your sweetness till morning.”

“But I warn you, I am only really myself when I’m somebody else whom I have endowed with these wonderful qualities from my imagination.”

“Nothing to do but drink and make love.”

“Won’t we be quite the pair? – you with your bad heart, me with my bad head.”

“I don’t suppose I really know you very well – but I know you smell like the delicious damp grass that grows near old walls and that your hands are beautiful opening out of your sleeves and that the back of your head is a mossy sheltered cave when there is trouble in the wind and that my cheek just fits the depression in your shoulder.”

“Those men think I’m purely decorative, and they’re fools for not knowing better.” 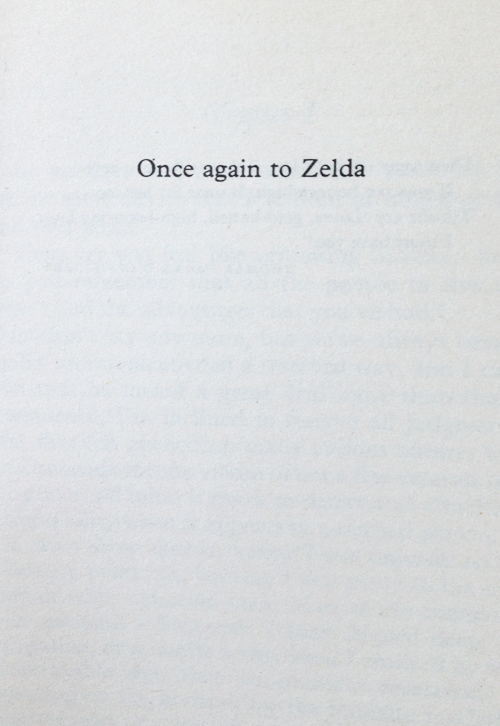 If you want a thing–truly want it, want it so badly that you need it as you need air to breathe, then unless you die, you will have it. Why not? It has you. There is no escape. What a cruel and terrible thing escape would be if escape were possible. – Parable of the […]

And if you can’t survive in this world, you had better make a world of your own. – Jeanette Winterson Day 30 of quarantine, Friday night was not a good night for me. In fact, all of last week was difficult. Outwardly, I probably appeared on edge, irritable, maybe a little drunk, but inside, I […]

Why I’m Single: Brilliant Women on The Difficulties of Finding a Mate