Eartha Kitt knows a thing or two about love –and a thing more about survival.

Her career is highlighted by success on Broadway, her long adored recordings of ‘C’set Si Bon’ and the holiday favorite ‘Santa Baby’, and her iconic run as Catwoman.

But what I, and many others, love most about Eartha is her spirit. Eartha’s tough upbringing manifested into a strong woman who valued and honored her unique self. Eartha was outspoken, blunt and stood by her beliefs. She attributes the early struggles of her life to the woman she became.
When asked about her family in a later interview she responds, “I have no family, I am an orphan.”

Conceived of rape, Earth was born on a cotton plantation in South Carolina. It’s been suggested her father was German and the son of the farm owner.

Eartha was given away many times to be used as “Cinderella”. It is through this movement from home to home, family to family, that Eartha eventually found herself in New York where she dropped out of high school, and was homeless until she was discovered for her singing and performed touring Europe.

After romances with the cosmetics magnate Charles Revson and banking heir John Barry Ryan III, she married John William McDonald, an associate of a real estate investment company, on June 6, 1960. She was 33. They had one child, a daughter named Kitt McDonald, born on November 26, 1961. They divorced in 1965.

Though Kitt never remarried, she had tons of loving, beautiful relationships throughout her life. One important one she recalls in her autobiography, “I’m Still Here”. 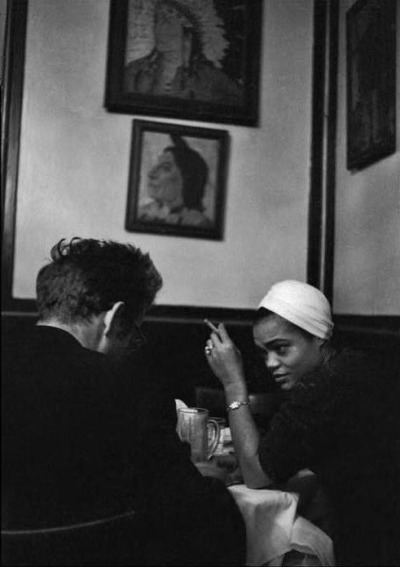 When people speak of love, they often talk about the sacrifices that come along with it. Love is about compromise, they say. Eartha Kitt disagrees.

In this excerpt from the 1982 documentary All by Myself: The Eartha Kitt Story, we are left to question how we understand love, relationships and compromise.

Diane Keaton’s Best Pieces Of Advice On Her 71st Birthday

Nobody does polka dots, oversized belts, turtlenecks, suits or living an avant-garde life better than Diane Keaton. She is the latest AFI Lifetime Achievement Award honouree and a ‘when life doesn’t give you lemons, go out and pick them yourself’ kind of woman. Diane has always been insecure about her appearance. At age eleven she […]

It turns out that how you think about stress is also one of those core beliefs that can affect your health, happiness, and success. As we’ll see, your stress mindset shapes everything from the emotions you feel during a stressful situation to the way you cope with stressful events. That, in turn, can determine whether […]

Elizabeth M. Gilbert is an American author best known for her 2006 memoir, Eat, Pray, Love, which as of December 2010 has spent 199 weeks on the New York Times Best Seller list. Her 1997 GQ article, “The Muse of the Coyote Ugly Saloon”, a memoir of Gilbert’s time as a bartender at the very […]

I Am Me by Virginia Satir