I believe, you see, in the dream….

There’s a lot to say about Diana Vreeland. As the former editor-in-chief of Vogue from 1963 until 1971, founder of the Met Costume Ball and style icon, she changed the idea of not just fashion, but individuality.

With nothing but a dream, she rose to prominence without formal education or beauty. She didn’t need either, however, because she was Diana Vreeland.

Unimpressed by trends or status, Vreeland was a lone island of individuality. From her early childhood years, she did what she wanted, when she wanted. Unlike most women in the 1930s, she liked to go dancing in Harlem. It was on one of her more impressive nights on the dance floor that she caught the eye of Carmel Snow for her distinct style.  And that was the moment that lead to everything.

Her first job in the industry began at Harper’s Bazaar.

From 1936 until her resignation, Diana Vreeland ran a column for Harper’s Bazaar called “Why Don’t You?” One example is a suggestion she made in the column, “Why don’t you…Turn your child into an Infanta for a fancy-dress party?” According to Vreeland, “The one that seemed to cause the most attention was, “{Why Don’t You] wash your blond child’s hair in dead champagne, as they do in France.” The column was original and fresh and like nothing readers had come across before. Vreeland attributes this to the war, that in times of depression and sorrow, people love to imagine. 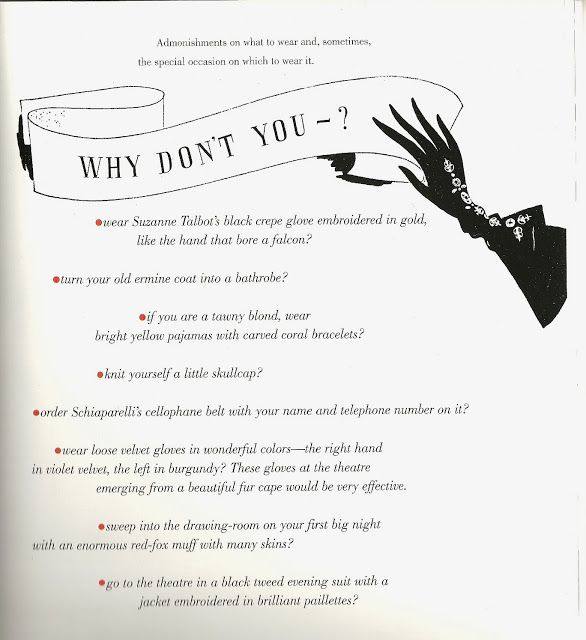 After the column, she was eventually promoted to fashion editor until the opportunity came to work for a magazine in decline known as Vogue.

These two things would help her climb the ladder until she was editor-in-chief of the most iconic and successful magazine in the world.

Diana Vreeland, the editor of Vogue for ten years, is one of the most beautiful women in the world because she’s not afraid of other people, she does what she wants.
— Andy Warhol (The Philosophy of Andy Warhol)

With Diana Vreeland as editor-in-chief and personality, the magazine began to appeal to the youth of the sexual revolution by focusing more on contemporary fashion and editorial features that openly discussed sexuality. Toward this end, Vogue extended coverage to include East Village boutiques such as Limbo on St. Mark’s Place, as well as including features of “downtown” personalities such as Andy Warhol’s “Superstar” Jane Holzer’s favorite haunts. 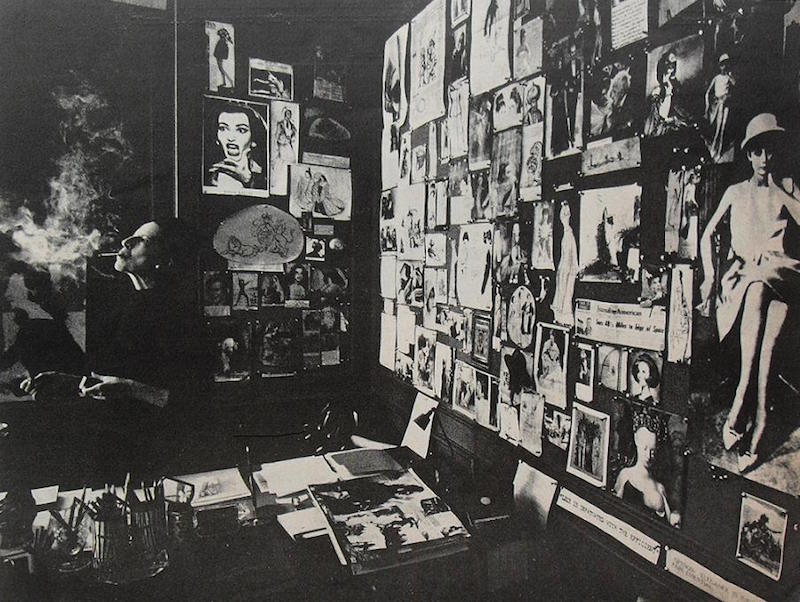 As much as Vreeland is a style icon, what is is first and foremost is a savvy businesswoman. She made an enterprise of herself. She learned how to talk to people, work with them and use them. She understood the rhythm of the industry and the rhythm of life. Understanding these things turned out more valuable than any education.

Who needs friends? Get on with it.

How does one become Diana Vreeland? I certainly didn’t learn anything at school. My education was the world. Where do I begin? The first thing to do, my love, is arrange to be born in Paris. After that, everything follows quite naturally.

There’s got to be a mind and a dream behind it.

I’m terrible on facts. But I always have an idea. If you have an idea, you’re well ahead.

There’s only one very good life and that’s the life you that you know you want and you make it yourself. I think when you’re young, you should be a lot with yourself and your sufferings. Then one day you get out where the sun shines and the rain rains and the snow snows and it all comes together.

The only real elegance is in the mind; if you’ve got that, the rest really comes from it 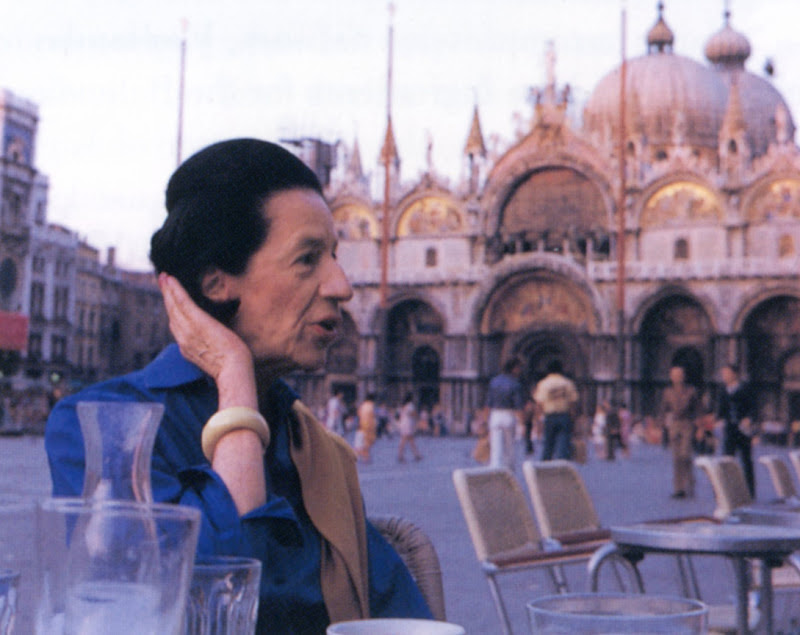 The first rule that a geisha is taught, at the age of nine, is to be charming to other women… every girl in the world should have geisha training.

There’s only one thing in life, and that’s the continual renewal of inspiration.

I realized if I was going to make it, I must stand out.

Find your place, and let the world gravitate to you. None of this mix-and-mingle business.

Before even the technique, there is a dream. Chanel had it. The dream is everything.

I don’t think anybody has been in a better place at a better time than I was when I was editor of Vogue. Vogue always did stand for people’s lives. I mean, a new dress doesn’t get you anywhere: it’s the life you’re living in the dress, and the sort of life you had lived before, and what you will do in it later. Like all great times, the sixties were about personalities. It was the first time when mannequins became personalities. It was a time of great goals, an inventive time… and these girls invented themselves. Naturally, as an editor I was there to help them along. 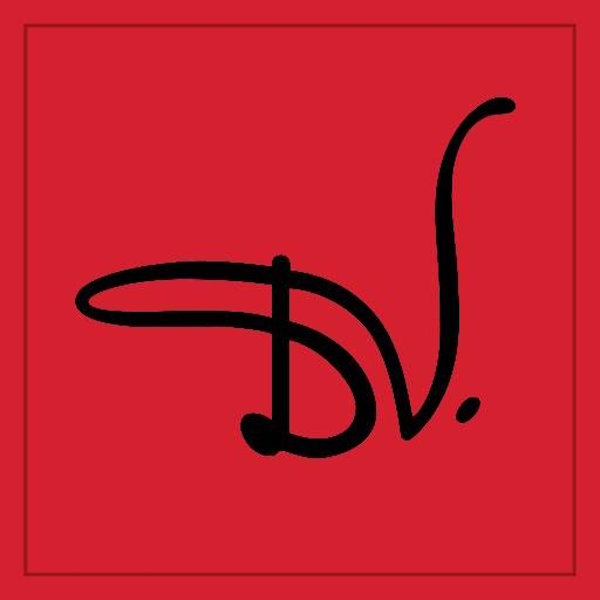 Never worry about the facts, just project an image to the public.

How boring to copy the past – with all the magnificence of today and tomorrow.

I’m going to treat myself as a goddess, with respect, and I am only for art and the arts. I dare change myself today and make myself exactly how I want to be. I dare do anything on this earth. Where there is a will there is a way.

Motherhood. The word sails through my mind at random yet with increasing persistence. Maybe because I’m getting closer to that age. Maybe because it’s around me more. Maybe because this is how it happens. A word enters the brain, slowly, over time, becoming a thought, that thought then nestling into the body, unconsciously or consciously […]

The Most Profound Quotes Found In Letters Written By Famous Women

There’s something to be said about letter writing. When tasked with spending copious amounts of time describing your feelings, whereabouts and most intrinsic thoughts, letters can be treasure troves of insight and wisdom. Unfortunately, our generation no longer takes the time to write long letters to loved ones over seas or well wishes to friends […]