Have you ever watched the 1976 documentary Grey Gardens?  If you haven’t, rent it, but only if you’re in the right frame of mind. By that I mean mentally sound, because it can be somewhat of a difficult watch. By difficult I mean haunting, depressing and somewhat unnerving. But then, if you’re in the right frame of mind, it becomes glorious, absolutely glorious. Like a perfume you initially hate, it grows on you as you try and figure out what exactly you like about it and why you can’t stop smelling it.

The documentary features Edith and Edie Bouvier Beale, mother and daughter former socialites (aunt and first cousin of Jackie Onasis) who lost everything except for their estate in East Hampton, which due to their poverty and refusal to work, crumbles around them in a glorious display of symbolism.

Unable to let go of their past, they cling to the only thing they have -each other. Living in squalor and facing eviction and threats from the city and relatives, they become completely recluse, ordering in groceries, wearing clothes from the 40s, playing records of their favorite music over and over again until the disks start breaking. 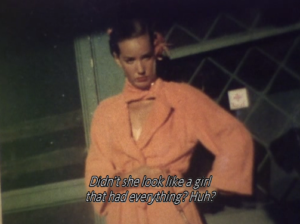 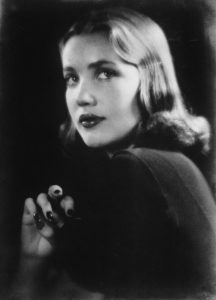 After premiering at Cannes Film Festival, the film exploded and settled into an underground classic. Forty years later, there are Grey Garden nights at local gay clubs and fashion spreads depicting the iconic looks of Little Edie. And now I understand why…

According to Muffie Meyer – the woman who co-directed the film , “They have the freedom that comes with being larger than life. And I also think that there’s a complexity to their relationship that touches most people. What struck me when working on it was that, in some ways, the Beales are like all of us: us with our mothers, us with our children, us with our boyfriends and girlfriends and mates of all varieties. They show that complex interdependency; the complexity of trying to live with someone else and the co-dependency that can form in relationships – both the loving aspect and the difficult aspect.”

Little Edie, who spends the entirety of the film complaining about her mother and leaving the house to start her own life while simultaneously doing nothing to change her circumstances, represents every woman. She is paradoxical by nature; difficult yet helpful, remorseful yet staunch, happy yet sad.  That’s why there’s no surprise that the film turned her an underground celebrity and a fashion icon. And while I think the life of Edith and Edie Bouvier Beale is somewhat of a warning to all women, it is also a valuable teacher and we can learn a thing or two from the offbeat words of little Edie Beale. 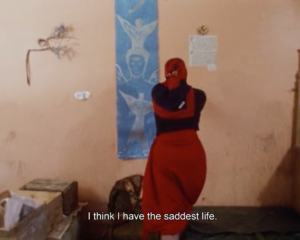 They’re twenty years too late – everybody. Or I’m fifty years ahead. I can’t decide which.

And you can always take off the skirt and use it as a cape.

I’m loosing quite a bit of weight but I feel perfectly terrible.

There are some nice people in the world, you know, I just don’t happen to be related to any of them.

Mother doesn’t like beer but she does know how to sing in German. 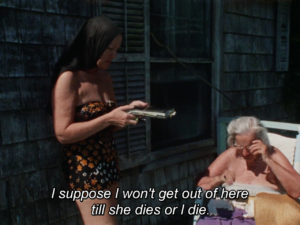 Mother wanted me to come out in a kimono, so we had quite a fight.

No one takes into account how sensitive a person really is.

My days of pleasing men are over.

I better check on mother. She’s a lot of fun. I hope she doesn’t die.

I can see now why girls get married. You know, they’re forced into it. It’s all a question of who you want to stay with. Look I’m mad about animals but raccoons and cats become a little bit boring, I mean, for too long a time. 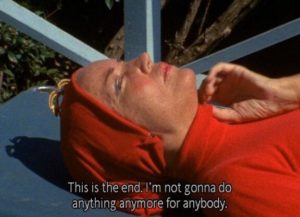 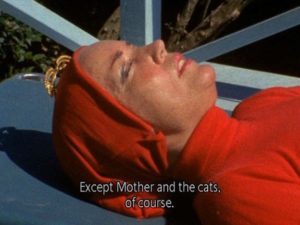 If you lose something you can’t find it again, it drops to the bottom.

It’s very difficult to keep the line between the past, and the present.

Life is nothing but what you choose: either/or. Definitely.

I think I’ll be an old maid until I die. I’ll probably sit around with cats for the rest of my life

But you never fell for a man… France fell, but Edie didn’t fall. – Mama Edith talking about little Edie

Jay (my husband) and I got in a fight the other night. One of those fights where I think, This is it.  He’s going to leave me one day. With all that frustration and anger in his voice, how could he not?  It was one of those fights that comes out of nowhere.  The kind […]

Burnout Test: Measure How Depleted You Are

Ego depletion is a concept currently being discussed in the academic world around the idea of ‘willpower’ being a finite resource. Like energy, willpower is a resource that can be used up and has to be replenished. If you don’t replenish your willpower pool, you will find yourself susceptible to irritability and have a much […]

The Best Online Workouts To Keep You Sane

What’s The Name of Your Life Movie?