Anais Nin’s On The Importance Of Creating Your Own World

Anaïs Nin was a Cuban-born essayist and memoirist from Paris. Born in 1903, she spent some time in Spain and Cuba but lived most of her life in the United States where she became an established author. She wrote journals (which span more than 60 years, beginning when she was 11 years old and ending shortly before her death), novels, critical studies, essays, short stories, and erotica.

Much like Bukowski, Nin was was an unfashionable underground author receiving almost no attention from the mainstream press. That, however, did not stop her from writing extensively.

She gained commercial and critical success with the publication of the first volume of her diary at the age of 63.

To date, fifteen diary volumes have been published. Her most commercially successful books were her erotica published as Delta of Venus and Little Birds (both published posthumously.

While she did not gain the critical acclaim and success she may have yearned for while alive, her success lives on centuries after her death. Her words have become beacons of hope and light for women everywhere. Her journals are seen as works of art…

“I don’t really want to become normal, average, standard. I want merely to gain in strength, in the courage to live out my life more fully, enjoy more, experience more. I want to develop even more original and more unconventional traits.”

“I, with a deeper instinct, choose a man who compels my strength, who makes enormous demands on me, who does not doubt my courage or my toughness, who does not believe me naïve or innocent, who has the courage to treat me like a woman.”

“I am an excitable person who only understands life lyrically, musically, in whom feelings are much stronger as reason. I am so thirsty for the marvelous that only the marvelous has power over me. Anything I can not transform into something marvelous, I let go. Reality doesn’t impress me. I only believe in intoxication, in ecstasy, and when ordinary life shackles me, I escape, one way or another. No more walls.” 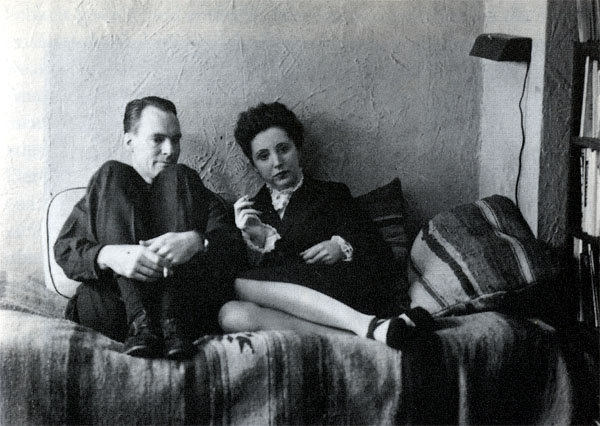 “Our life is composed greatly from dreams, from the unconscious, and they must be brought into connection with action. They must be woven together. ”

“I am lonely, yet not everybody will do. I don’t know why, some people fill the gaps and others emphasize my loneliness. In reality those who satisfy me are those who simply allow me to live with my ”idea of them.”

“Reality doesn’t impress me. I only believe in intoxication, in ecstasy, and when ordinary life shackles me, I escape, one way or another. No more walls.”

“Luxury is not a necessity to me, but beautiful and good things are.” 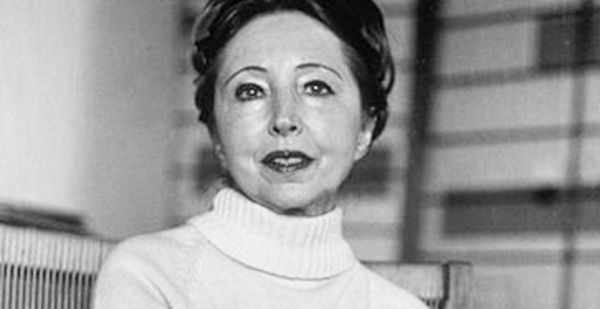 “Something is always born of excess: great art was born of great terror, great loneliness, great inhibitions, instabilities, and it always balances them.”

“There were always in me, two women at least, one woman desperate and bewildered, who felt she was drowning and another who would leap into a scene, as upon a stage, conceal her true emotions because they were weaknesses, helplessness, despair, and present to the world only a smile, an eagerness, curiosity, enthusiasm, interest.”

“You live like this, sheltered, in a delicate world, and you believe you are living. Then you read a book… or you take a trip… and you discover that you are not living, that you are hibernating. The symptoms of hibernating are easily detectable: first, restlessness. The second symptom (when hibernating becomes dangerous and might degenerate into death): absence of pleasure. That is all. It appears like an innocuous illness. Monotony, boredom, death. Millions live like this (or die like this) without knowing it. They work in offices. They drive a car. They picnic with their families. They raise children. And then some shock treatment takes place, a person, a book, a song, and it awakens them and saves them from death. Some never awaken.”

“From the backstabbing co-worker to the meddling sister-in-law, you are in charge of how you react to the people and events in your life. You can either give negativity power over your life or you can choose happiness instead. Take control and choose to focus on what is important in your life. Those who cannot live fully often become destroyers of life.”

“The secret of joy is the mastery of pain.”

I could not live in any of the worlds offered to me — the world of my parents, the world of war, the world of politics. I had to create a world of my own, like a climate, a country, an atmosphere in which I could breathe, reign, and recreate myself when destroyed by living. That, I believe, is the reason for every work of art. – Anais Nin

“I take pleasure in my transformations. I look quiet and consistent, but few know how many women there are in me.”

The Most Chilling Quotes From Susanna Kaysen’s Memoir “Girl Interrupted”

“I was trying to explain my situation to myself. My situation was that I was in pain and nobody knew it, even I had trouble knowing it. So I told myself, over and over, You are in pain. It was the only way I could get through to myself. I was demonstrating externally and irrefutably […]

Temptations To Avoid in 2019

Along with setting your one resolution, think about setting an avoidance. Some temptation or bad habit that you’ll conciously work on eradicating. Simone Weil was a French philosopher, mystic, and political activist. Albert Camus described her as “the only great spirit of our times”. She studied at the École Normale Supérieure – a French grande […]

Remembering Sharon Tate As The Woman Not The Victim

“To know Sharon, to really know her, was to love her.” – Sheilah Wells Everyone knows the name Sharon Tate. First they know her as the victim of the famous Manson murders. Then they know her for being married to Roman Polanski. What many don’t know, is she was one of the Hollywood’s most promising newcomers, depicted […]

How My Worst Pimple Turned Into My Best Life