One of the most important female intellectuals of modern times, Simone de Beauvoir was a writer, existentialist, philosopher, feminist, political activist and social theorist. She lived a life often scandalous in its nature but dared to speak the unspoken and be unapologetically herself.

Born in Paris in 1908, she was profoundly religious as a child. She planned to become a nun, but underwent a crisis of faith at the age of 14 and resided as an atheist for the rest of her life, no doubt sparking her exploration into existentialism and philosophy.

She met Jean-Paul Sartre when she was 21-years-old, forming a love and partnership that would last a lifetime, albeit unconventional. They never married, never lived together and were free to pursue other romantic outlets. De Beauvoir was adamant about maintaining her independence and her desire for freedom throughout her life. In death, however, they reside in the same grave.

Her most acclaimed piece of work, The Second Sex was published in 1949, long before the women’s movement, and sold 22,000 copies in the first two weeks. De Beauvoir’s primary notion is that men essentially oppress women by characterizing them as the ‘other’. He is essential and absolute, and she is inessential and incomplete. The book is one of the earliest efforts to challenge human history from a feminist perspective. Although it did serve as an authority of insight and inspiration for many women, it did cause a collective raising of eyebrows. The media, as well as some readers, branded her a lesbian, a child-hater, a nymphomaniac and sexually dissatisfied. She received hate mail offering to ‘cure’ her and to ‘satisfy’ her. Society clearly wasn’t ready to hear what she had to say, all the more reason for her to have written this book when she did.

Even when she died in 1986 French differentialist, Antoinette Fouque said that the author of The Second Sex had spewed an “intolerant, assimilating, sterilizing universalism, full of hatred and reductive of otherness.” In her memoirs, de Beauvoir expressed that she felt betrayed. This is not astounding, considering that women were still attacking her and her work during the tail end of second-wave feminism. By this time, the likes of Betty Friedan and Germaine Greer had published their equivalents to The Second Sex, so why was Simone still being chastised for her ‘radical’ views?

De Beauvoir rejected conventionality and showed women that they are necessary, complete and whole human beings by themselves. She demonstrated that women have a voice and it is paramount to use it. She presented that women are of substance. They are much more than just the ‘other.’

“One’s life has value so long as one attributes value to the life of others, by means of love, friendship, indignation and compassion.”

“I was made for another planet altogether. I mistook the way.”

“Don’t try to be cured; you will heal as much as you need to by yourself.”

“Humanity is male, and man defines woman, not in herself but in relation to himself.”

“I am awfully greedy; I want everything from life. I want to be a woman and to be a man, to have many friends and to have loneliness, to work much and write good books, to travel and enjoy myself, to be selfish and to be unselfish… You see, it is difficult to get all which I want. And then when I do not succeed I get mad with anger.” 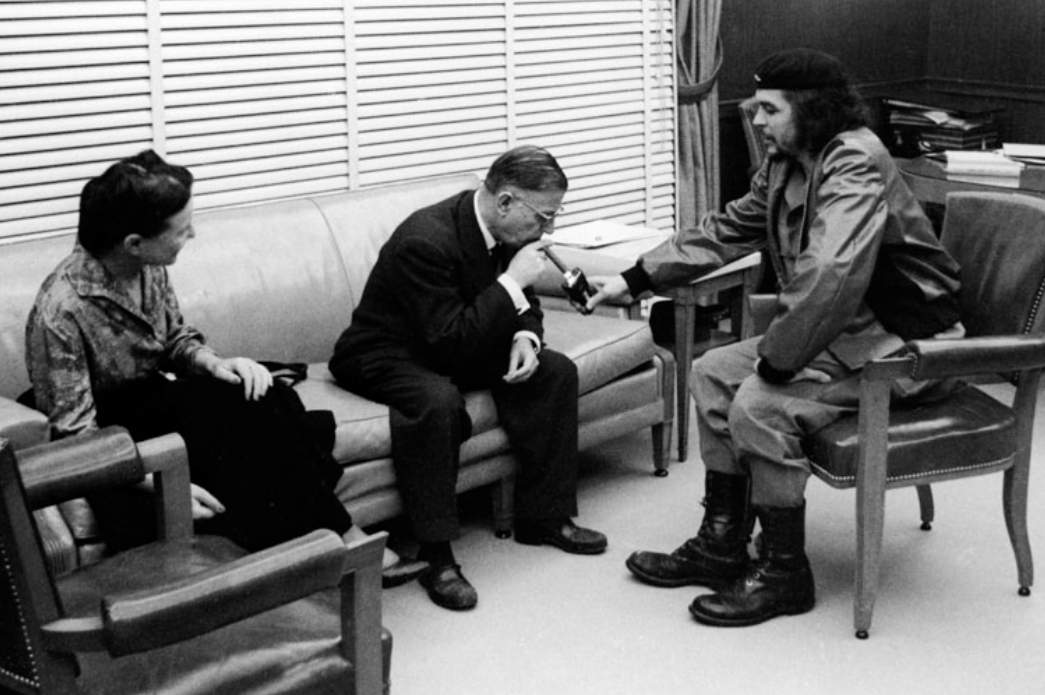 “Self-knowledge is no guarantee of happiness, but it is on the side of happiness and can supply the courage to fight for it.”

“What would Prince Charming have for occupation if he had not to awaken the Sleeping beauty?”

“Two separate beings, in different circumstances, face to face in freedom and seeking justification of their existence through one another, will always live an adventure full of risk and promise.”

“Change your life today. Don’t gamble on the future, act now, without delay.”

“I am too intelligent, too demanding, and too resourceful for anyone to be able to take charge of me entirely. No one knows me or loves me completely. I have only myself.” 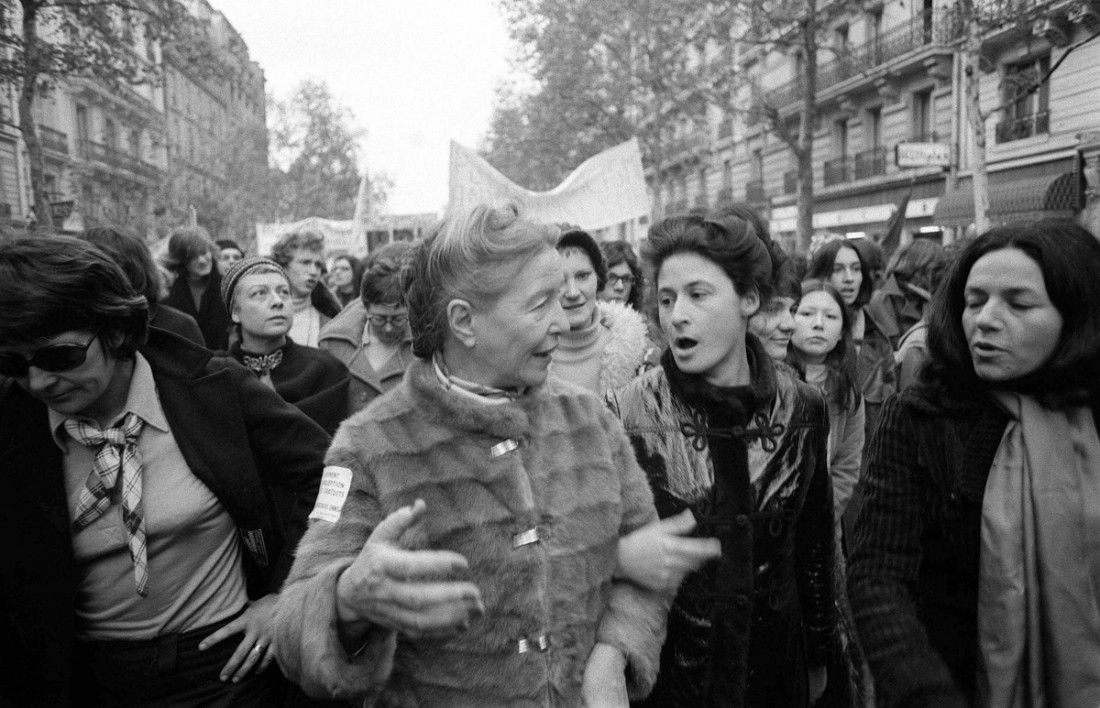 “Sex pleasure in woman is a kind of magic spell; it demands complete abandon; if words or movements oppose the magic of caresses, the spell is broken.”

“One is not born a woman, but becomes one.”

“I tore myself away from the safe comfort of certainties through my love for truth – and truth rewarded me.”

“I’ve always been keenly aware of the passing of time. I’ve always thought that I was old. Even when I was twelve, I thought it was awful to be thirty. I felt that something was lost. At the same time, I was aware of what I could gain, and certain periods of my life have taught me a great deal. But, in spite of everything, I’ve always been haunted by the passing of time and by the fact that death keeps closing in on us.” 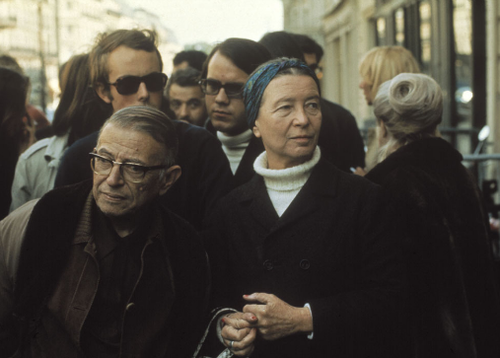 “No one knows me or loves me completely. I have only myself.”

“Nowhere was I at home; the house in which I lived had never been a home to me: it was an encampment. This century was not my century, and this life of mine which was so relentlessly prolonged was not my life.”

“I wish that every human life might be pure transparent freedom.”

“On the day when it will be possible for woman to love not in her weakness but in strength, not to escape herself but to find herself, not to abase herself but to assert herself–on that day love will become for her, as for man, a source of life and not of mortal danger. In the meantime, love represents in its most touching form the curse that lies heavily upon woman confined in the feminine universe, woman mutilated, insufficient unto herself.”

Sonder: The realization that each passerby has a life as vivid and complex as your own. Opia: The ambiguous intensity of looking someone in the eye, which can feel simultaneously invasive and vulnerable. Monachopsis: The subtle but persistent feeling of being out of place. Énouement: The bittersweetness of having arrived in the future, seeing how […]

It was noon-ish. We were eating at the bar in Greenpoint. I hadn’t seen Jess in at least sixteen months. The last time we were together she said she was going to get a master’s degree in Anthropology. She’d lamented that she’d have to ask her parents for money. I always loved Jess for this. […]

What Bad Houseguests Taught Me About Expectations

13 Female Icons And Their Best Pieces Of Advice