We are in a privileged and sometimes happy position. We see a great deal of the world. Our obligation is to pass it on to others. – Margaret Bourke-White

There’s an incredible HBO documentary on Robert Mapplethorpe called ‘Look at the Pictures’.  The documentary parallels the artist’s struggles with his homosexuality along with his struggle for acceptance as a photographer. The film points out that during this period, the 1960s, homosexuality was starting to be legitimized at the same time photography was starting to be taken seriously as an art form.

Today, there’s no question that photography is an art form. The legitimacy has been proven over and over again by incredible men and women. Like modern art, however, some people may still not take seriously the technique, talent, eye and artistic sensibilities one must have to be a good photographer. Anyone can take a picture, but only a photographer can take a great picture.

But what makes a good picture? What qualities must it possess? What subjects? The following photographers share their insights into photography and a lot of the advice feels like advice we could all use (whether we’re intersted in taking photos or not).

The first American female war journalist, Margaret Bourke White is best known as the first foreign photographer permitted to take pictures of Soviet industry under the Soviet’s five-year plan (a list of economic goals, created by Communist Party General Secretary Joseph Stalin). She is also one of the first females to have her photographs on the cover of LIFE magazine.

Savor Life As You Rush Through It

The very secret of life for me…was to maintain in the midst of rushing events an inner tranquillity. I had picked a life that dealt with excitement, tragedy, mass calamities, human triumphs and suffering. To throw my whole self into recording and attempting to understand these things, I needed an inner serenity as a kind of balance.

Try To Understand, Not Judge

To understand another human being you must gain some insight into the conditions which made him what he is.

You Must Seek Out Opportunities

Life is beating against the school windows. You must quickly open the doors and go out to learn that no door must be locked against you. 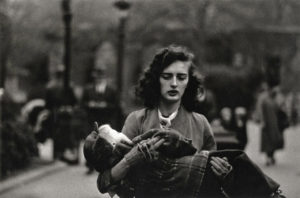 The More You Endure, The More Developed You Become

Most people go through life dreading they’ll have a traumatic experience. Freaks were born with their trauma. They’ve already passed their test in life. They’re aristocrats.

Take pictures of what you fear.

There Is No Right Way

The thing that’s important to know is that you never know. You’re always sort of feeling your way.

A member of the Lehman family, Tina Barney is famous for her large-scale portraits of well-to-do families. She tries to capture them in. Although, the wealthy became a sort of aesthetic in Barney’s work, her “fascination is with the repetition of traditions and rituals. The idea that families no matter where they come from, kind of do the same thing.” 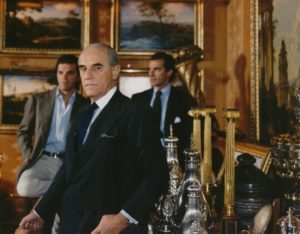 Figure Out What You Want, Then Go From There

[My advice to a beginning photographer is] sit down with a pencil and paper and think about what your life is about. What you are about. Don’t even take a camera into your hands before you figure that out.

If You Want To Be Good At Something, Do It All The Time

My theory is, the more pictures you take, the better you get. It’s like a sport. I never wait to get a particular shot because wonderful accidents can happen when you shoot a lot.

I look at art all the time. I go to the museums and galleries every week. That really is like food for me.

Imogen Cunningham was an American photographer known for her botanical photography, nudes, and industrial landscapes. Cunningham was a member of the California-based Group f/64, known for its dedication to the sharp-focus rendition of simple subjects. 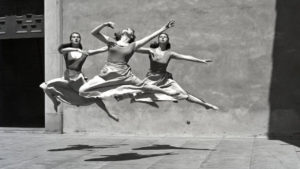 Which of my photographs is my favorite? The one I’m going to take tomorrow.

Touch & See Everything As An Artist Would

The formula for doing a good job in photography is to think like a poet.

American portrait photographer, Annie Leibovitz is best known for her engaging portraits—particularly of celebrities. She photographed John Lennon on the day he was murdered, and was the first woman to hold an exhibition at Washington’s National Portrait Gallery. 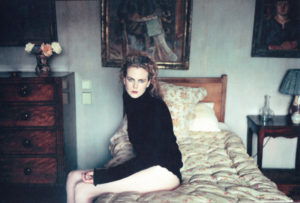 Everyone has a point of view. Some people call it style, but what we’re really talking about is the guts of a photograph. When you trust your point of view, that’s when you start taking pictures.

You have trust in what you think. If you splinter yourself and try to please everyone, you can’t.

Success Is The Product of Diligence

What I learned from Lennon was something that did stay with me my whole career, which is to be very straightforward.

From an early age, women are given both conscious and subconscious cues to make those around her feel comfortable. Perhaps that’s why many of us find it necessary to fill the silent gaps in conversations, whether that’s a conversation with a supervisor to negotiate salary or an awkward silence in a social setting. Many of […]

Routines of Brilliant Women: Inspiration For Working & Living At Home

Q: Do you admire Elegance? A: Yes, because it makes you feel better. It’s a form. I’m very attached to certain forms, like compulsive rituals. I like to cook; I like to sew. They’re peaceful things, and they’re an expression of caring. The interview question above is answered by Joan Didion. I passed it while […]