Any girl who takes the stage with total individuality is influenced by Stevie.
— Courtney Love on Stevie Nicks, New York Times, 1997.

Stevie Nicks is without a doubt the godmother of rock and roll. From Fleetwood Mac front girl to successfully transitioned solo artist, she’s collectively produced over 40 top-50 hits and sold over 140 million albums.

What’s most impressive about her 40-plus year career is maintaining her status, poise and voice in a male dominated industry. As a woman in Fleetwood Mac, Nicks didn’t just stand in the band, she elevated it. Among Nicks’s contributions to Rumours was “Dreams”, which became the band’s only Billboard Hot 100 number-one hit single to date.

She didn’t live a perfectly charmed life, however, and the media made sure to capture the downs of this enigmatic woman.  According to Jada Yuan,

“One rarely finds a role model who snorted so much cocaine she tore a permanent hole in her nose. Nicks has made no secret of her years on blow—complemented with alcohol and pot, and fostered by long hours, stage fright, stress over her relationship with Buckingham, sudden immense wealth, and fatigue from the Epstein-Barr virus she’d contracted following complications from leaking silicone breast implants—an addiction that she kicked at Betty Ford in 1986. Or of her eight years on Klonopin, the benzo she’d been prescribed to make sure she wouldn’t go back on coke, for which she checked herself into a hospital for 47 days in 1993.”

While she’s had her dark days, she’s come out stronger on the other side. At 69 she’s still writing, still touring and still dreaming. Most importantly, she’s still herself. If there’s one thing that Stevie Nicks has taught us (and there’s many) it’s that it’s up to you to define yourself and your individuality:

A long, long time ago I decided I was going to have a kind of mystical presence, so I made my clothes, my boots, my hair, and my whole being go with that. But it wasn’t something I just made up at that point. It’s the way I’ve always been. I’ve always believed in good witches – not bad witches – and fairies and angels.

As our godmother, it’s our duty to heed her advice and forever appreciate the glory that is Stevie Nicks.

I tell people all the time that they should keep a journal, even if it’s just, ‘I had a terrible day today and I don’t want to talk about it, love Stevie,’ or ‘I dreamt last night…’ Even if it’s just three sentences because at the end of five or six days, you would have created a habit and you will find that over a month that you have a whole story growing. Whether it’s just for your own memories, so you can go back at any age, or if you are a writer or a singer, or some part of the creative business. You can be creative, anyone can be creative if they want to, you just have to want to. 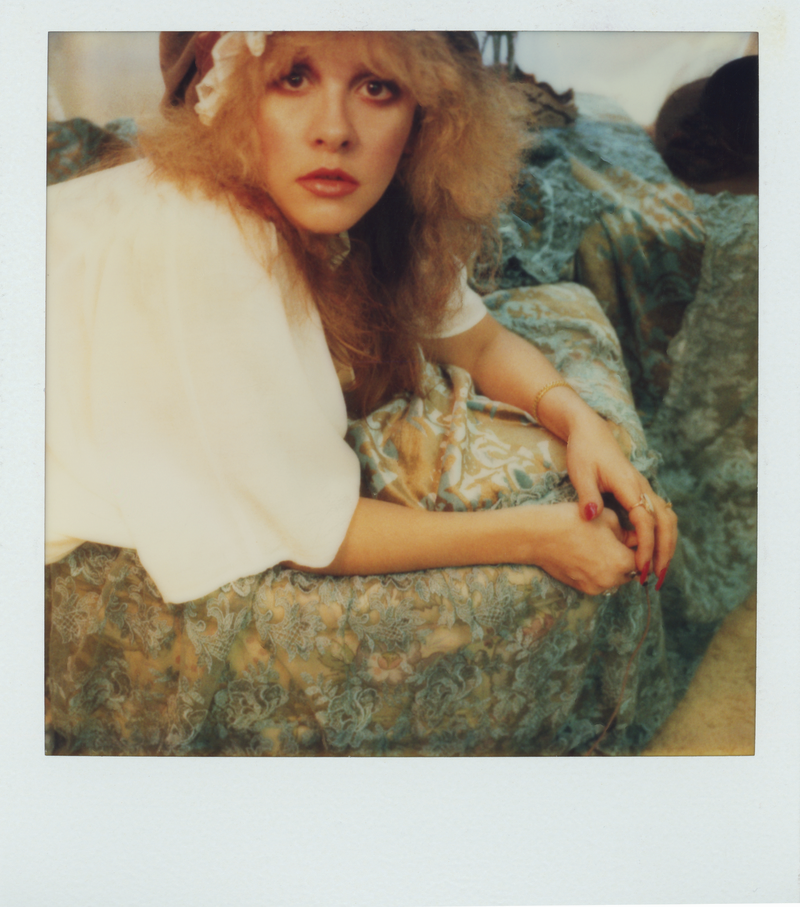 You just have to walk in the room and be fearless. Never let people think for a minute that you couldn’t totally take them down.

Your graciousness is what carries you. It isn’t how old you are, how young you are, how beautiful you are, or how short your skirt is. What it is, is what comes out of your heart. If you are gracious, you have won the game. 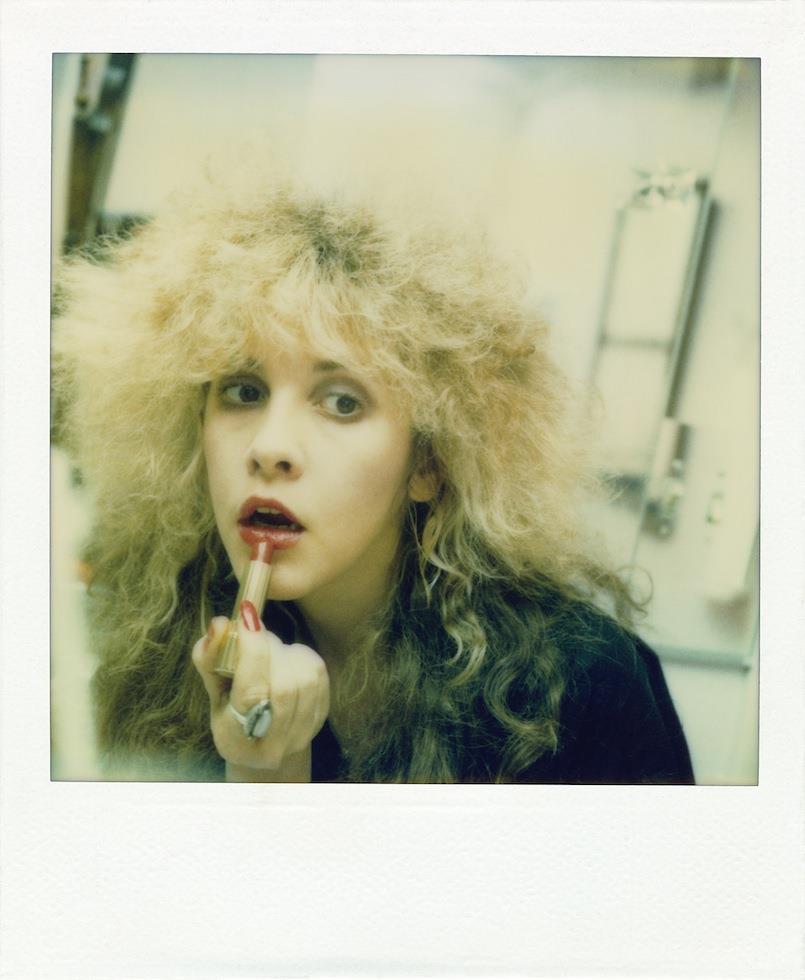 It’s very sad, once you stop being a romantic, you can no longer be a poet. If you are, you’re a lousy poet and nobody’s going to want to read your poems because they’re just jaded and miserable. If you can’t write something that’s going to inspire people they’re not going to read it. They’re going to look at your work and then they’re going to say, “This person is done. That career is over.” To inspire people, to make people feel things—that’s why we do this. Maybe you want to make people sob the way we were sobbing the other night at the movies—me and two friends, all of us sobbing so hard we can’t even look at each other—that’s actually a really beautiful thing. If you can’t do that or if you can’t make somebody laugh and remember the first time they ever fell in love, then you should just stop. You should not destroy your former career by trying to keep things going if you don’t have it anymore and the work isn’t coming from the right place. You should just count your money and make investments in real estate and be done. That’s it. You should just go to do something else.

Most women would not be happy being me. People say, ‘But you’re alone.’ But I don’t feel alone. I feel very un-alone. I feel very sparkly and excited about everything. I know women who are going, like, ‘I don’t want to grow old alone.’ And I’m like, ‘See, that doesn’t scare me.’ Because I’ll never be alone. I’ll always be surrounded by people. I’m like the crystal ball and these are all the rings of Saturn around me. 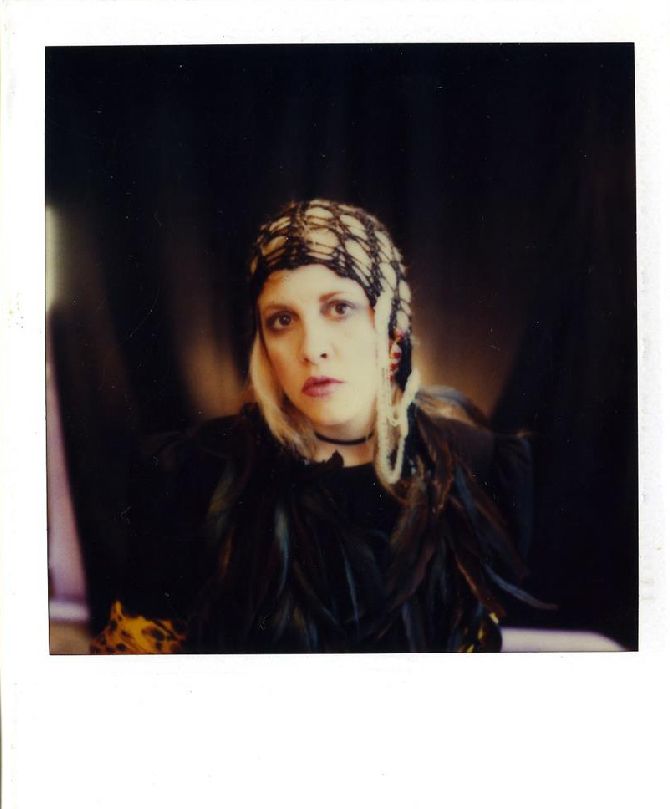 I’m timeless, I got that Dickensian, London street-urchin look in high school. I’ll never be in style, but I’ll always be different.

My mom used to always say, ‘You paint the picture and it will happen.’ I believe that if you close your eyes and see yourself up on that stage, being bigger than life, you become that person with that big, really good attitude.

I’m not married, I don’t have kids, I have a tiny little crazy dog who’s 14. I have my music that I love and what I do is I write stuff for you, that’s what I do.

You will go to school and you will be independent, and you will never be dependent on a man. And you will have a really good education, and you will be able to stand in a room with a bunch of very smart men and keep up with them and never feel like a second-class citizen. 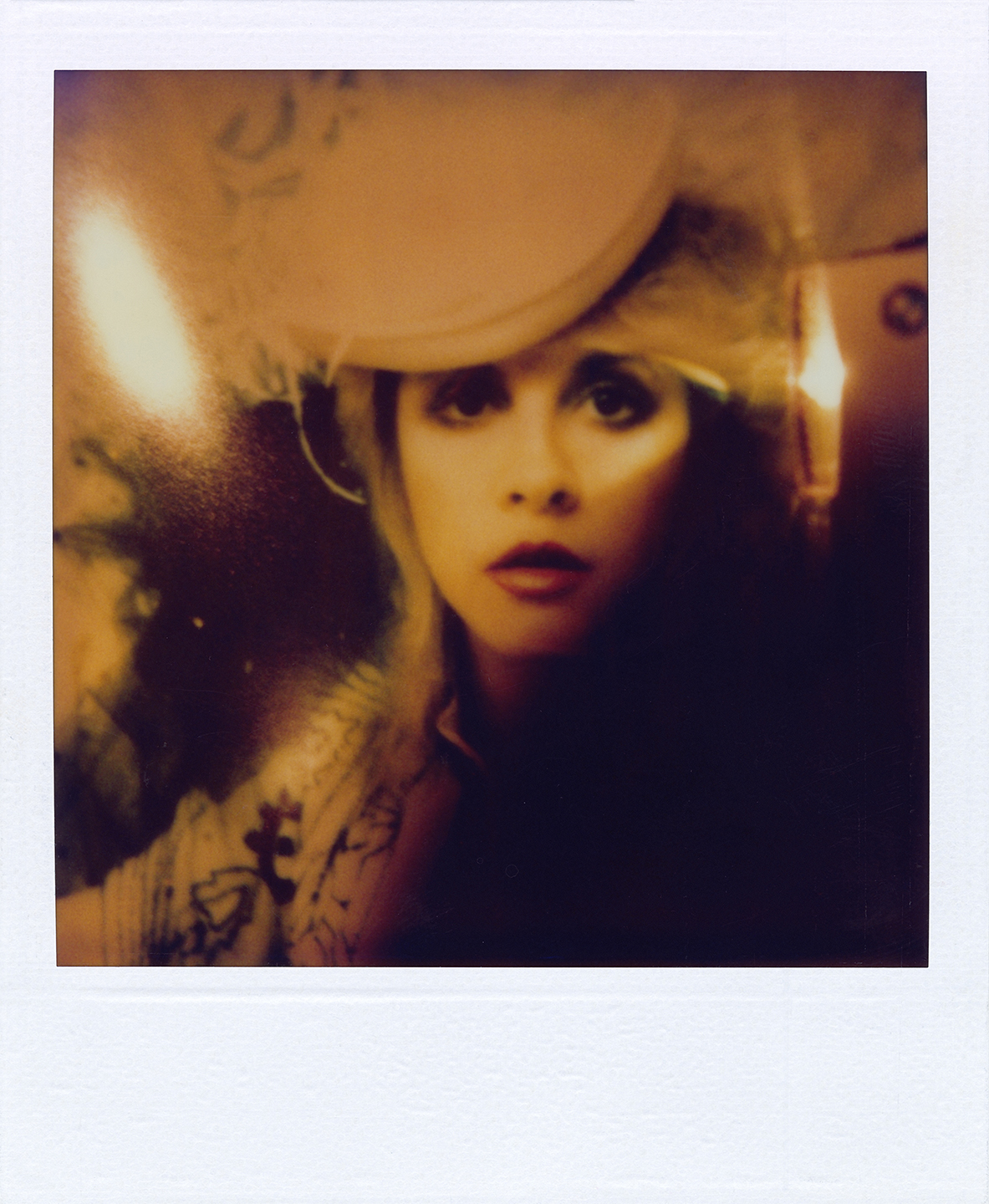 It was summer and I’d just moved to New York. I found a room in the West Village I could sublet for a month. It was out of my price range and moving again after one month was impractical but after seeing it I couldn’t leave. I was scared and alone and this apartment felt […]

We are in a privileged and sometimes happy position. We see a great deal of the world. Our obligation is to pass it on to others. – Margaret Bourke-White There’s an incredible HBO documentary on Robert Mapplethorpe called ‘Look at the Pictures’.  The documentary parallels the artist’s struggles with his homosexuality along with his […]

I’ve always been a proponent of astrology. Everyone needs something to believe in, right? Why is adhering to the moon and the stars anymore absurd than living by the codes of Gods and prophets? We know our personalities, quirks and traits are formed by numerous things- from genetics to experiences – so why can’t the […]

Powerful Frida Quotes To Get You Through Any Pain