[D]iana Vreeland was many things — Editor-in-chief of Vogue, consultant at the Met’s famous Costume Institute, fashion icon, world traveler, columnist. But one thing that’s overlooked is her prolific way with words — the way she was able to command attention and respect by the way she talked and wrote to you.

We can all agree there was a certain ‘je ne sais quoi’ about the way our grandparents spoke in the 30’s and 40’s. Having grown up in that era, Vreeland never lost her charming way of delivery.

As editor-in-chief of Vogue from 1963 to 1971, it’s said that the staff of Vogue used to eagerly await her memos. Like her first column at Harper’s Bazaar, ‘Why Don’t You’, they were full of magic and unearthly advice.

“Why don’t you wash your blond child’s hair in dead champagne, as they do in France. “Why don’t you…Turn your child into an Infanta for a fancy-dress party?” Are just some of the ridiculous and yummy lines she threw at readers. 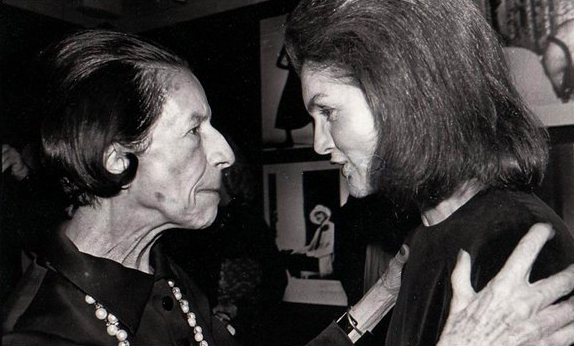 In her documentary The Eye Has To Travel, many of Vreeland’s former employees talk about the memos many of them have kept from their years working under Diana. Something about them just sparked the imagination, the excitement and the reason so many of them started working at Vogue in the first place.

“My grandmother was somebody who inspired a lot of creative people to do their best work,” Alexander Vreeland, grandson of the late Vogue editor-in-chief Diana Vreeland.

Below are some copies of her actual memos to her Vogue staff along with some quotes taken from the book her grandson put together of all her memos. And I implore you, next time you write a letter or send an email, think about how to say it in the most charming way. For your emails might one day be compiled as a book someday too.

“The hottest thing in the world is to wear pants with stockings.”

“’A Floppy Brim’ — nobody in their right mind would wear a floppy brim as it would cause exactly the disturbance that a romantic woman wouldn’t want to make.”

“I really don’t think we ought to carry on with these awful looking curls — they do nothing for the clothes and nothing for the girl — it all gets depressing. I assure you this association with people with broken hair, no hairdresser, no money, no vitality — and the will to live is none.”

“Please watch the beret taken from last season’s knitted beret of Saint Laurent taken from Bonnie & Clyde. It really is appalling and does nothing for any girl’s face.”

“Old age is no longer an achievement because if others are aware of it you are only the loser, you become a responsibility and your end is good riddance as you are no longer a useful citizen — clothes, fashion, and appearance are part of present day life — no one looks for perfections as it is static, but everyone expects an amusing effort, well planned and thought through, and carefully maintained.”

“Today’s life, rhythm, etc. suits me perfectly… I believe in all natural people and, if in some way through this magazine I reach people in many countries, South America and behind the Iron Curtain, South Asia, etc. and give them an attractive feeling of being a woman, that is a great and fine feeling for me.”

“Within every girl is the possibility of arousing emotion. Without emotion there is no beauty.” 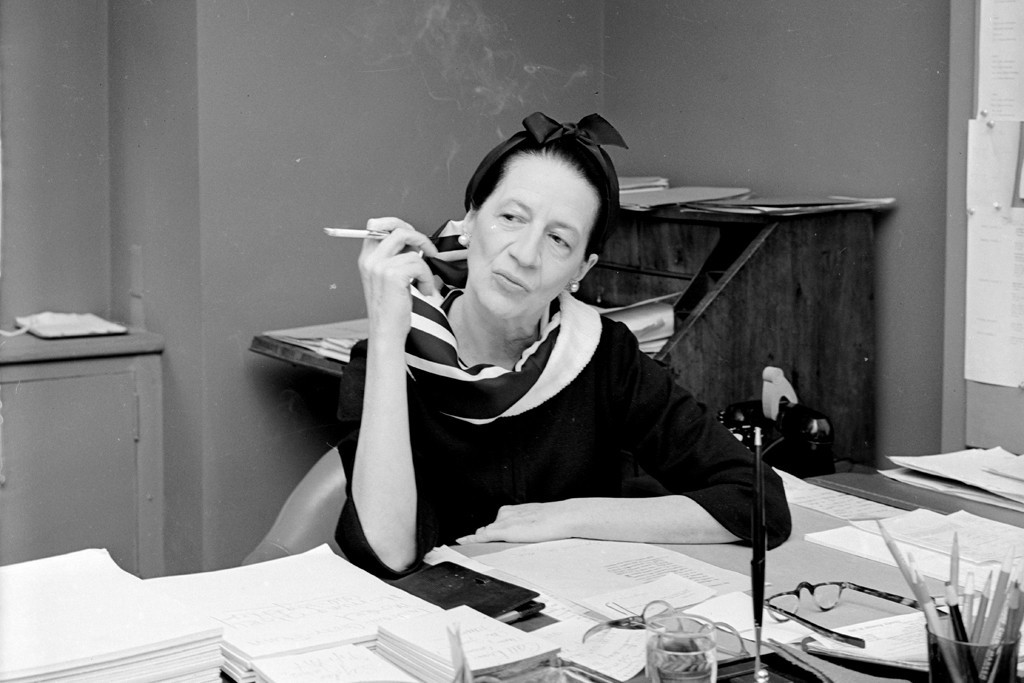 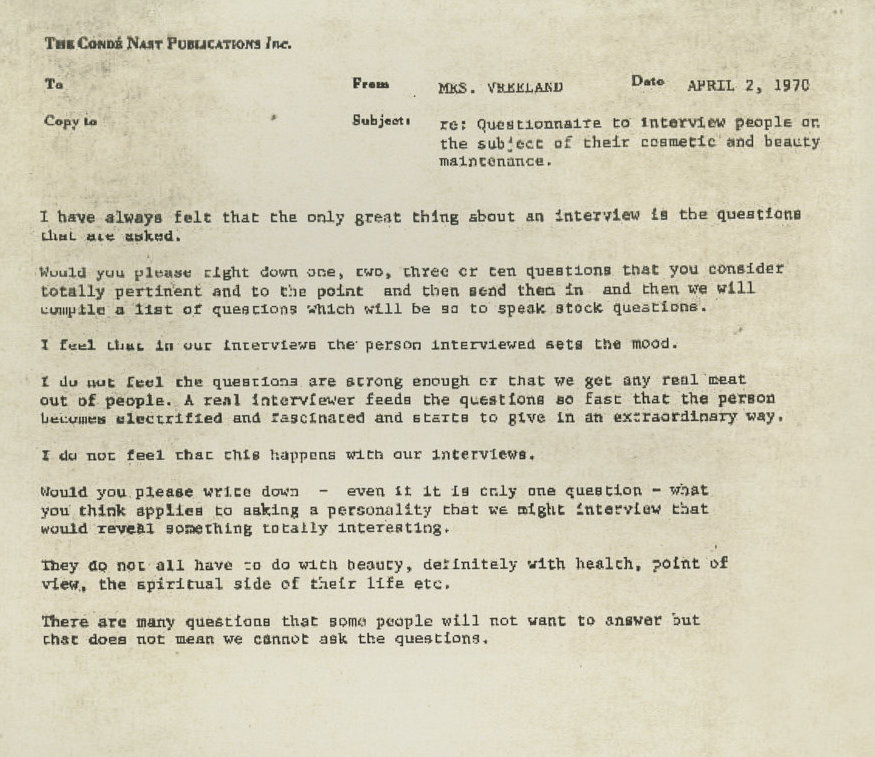 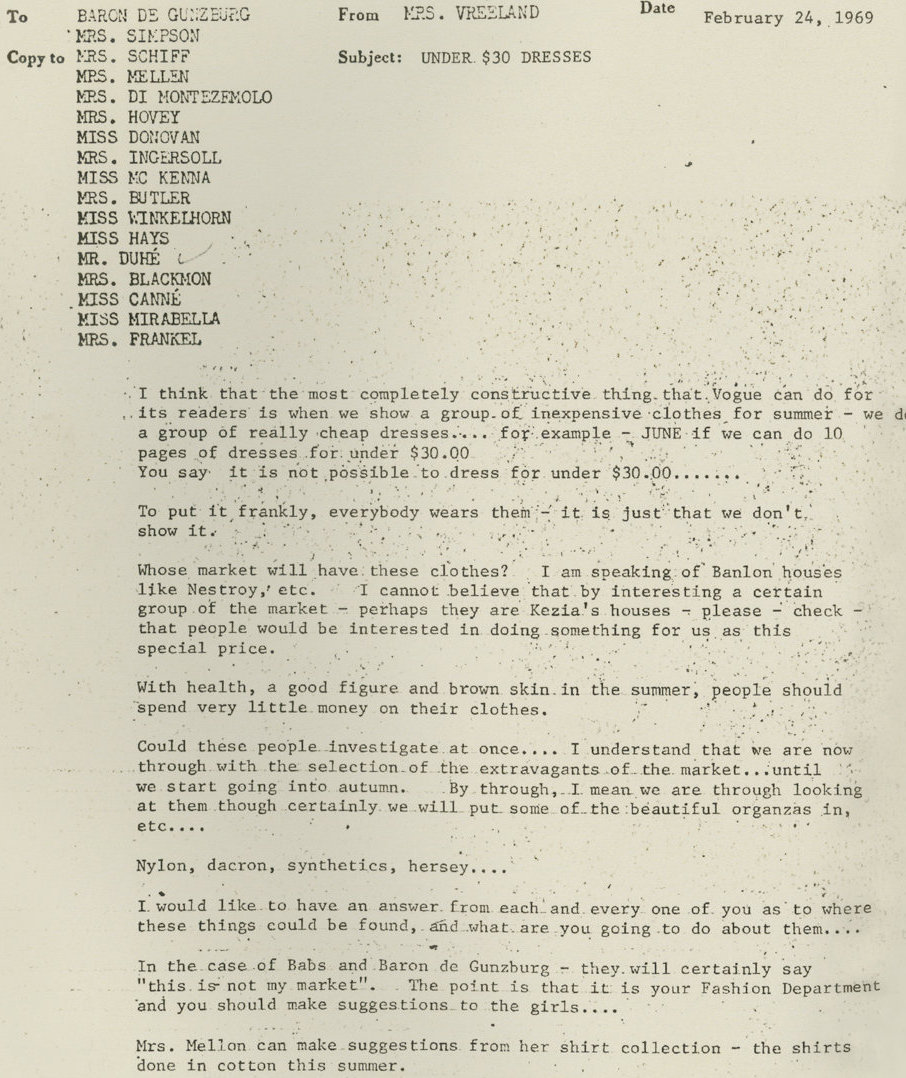 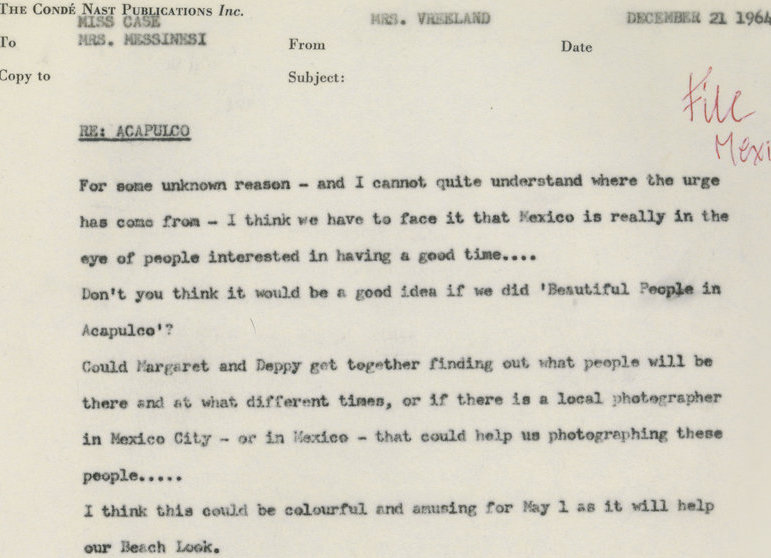 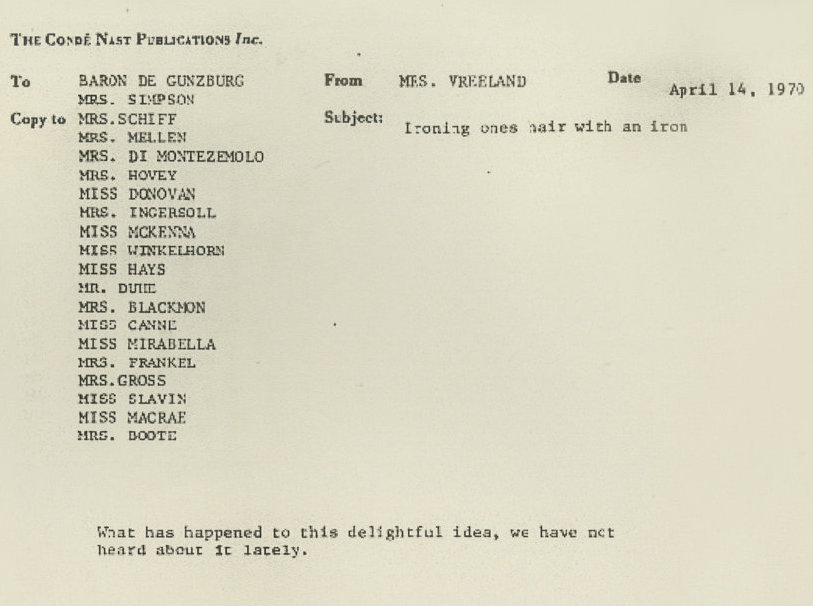 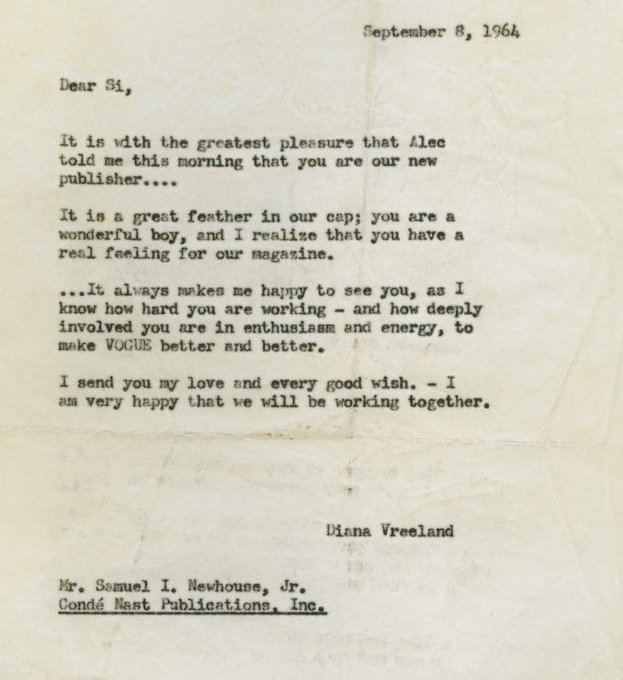 Renewal and Intention: Bring In The Spring Equinox The Right Way

Humans evolve with their surroundings. Whether you realize it or not, you’re not just a product of your environment, but an imitation of it. When it’s cold and dark you become more secluded and drawn in. When it’s warm and breezy, you become hopeful and light. You see possibilities again, feel the winds of change […]

GRIT: The Answer To Success In Hard Times

The other day, a memory popped into my mind. I was twelve and in the car on the way to tennis camp. Always a shy kid, when I arrived, my throat dropped into my chest when I noted all the kids huddled outside the courts. It was not so much the presence of the kids […]

What’s The Name of Your Life Movie?

I went to sleep somewhat sad. But I awoke happy, purely animal. When I opened the bedroom windows and looked out onto the cool, calm garden in the first rays of sunlight, I was certain there was nothing to do but live. – Clarice Lispector I was on the verge of a meltdown this weekend. […]

Paula Scher On Doing What You’ve Never Done Before