Susan Choi was born in South Bend, Indiana and was raised there and in Houston, Texas. She studied literature at Yale and writing at Cornell, and worked for several years as a fact-checker for The New Yorker.

Her first novel, The Foreign Student, won the Asian-American Literary Award for fiction, and her second novel, American Woman, was a finalist for the 2004 Pulitzer Prize.

With David Remnick she co-edited the anthology Wonderful Town: New York Stories from The New Yorker, and her non-fiction has appeared in publications such as Vogue, Tin House, Allure, O, and The New York Times and in anthologies such as Money Changes Everything and Brooklyn Was Mine.

A recipient of fellowships from the National Endowment for the Arts and the Guggenheim Foundation, she lives in Brooklyn, New York with her husband, Pete Wells and their sons Dexter and Elliot 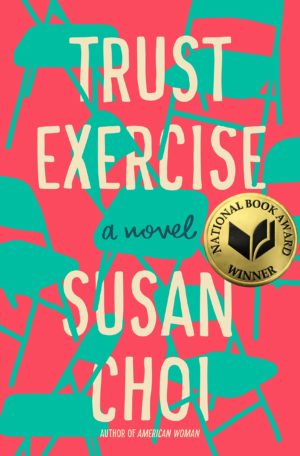 In an American suburb in the early 1980s, students at a highly competitive performing arts high school struggle and thrive in a rarified bubble, ambitiously pursuing music, movement, Shakespeare, and, particularly, their acting classes. When within this striving “Brotherhood of the Arts,” two freshmen, David and Sarah, fall headlong into love, their passion does not go unnoticed–or untoyed with–by anyone, especially not by their charismatic acting teacher, Mr. Kingsley.