"I was longing for the moment I was in, even as I was in it."

Dani Shapiro is the best-selling author of the memoirs Hourglass, Still Writing, Devotion, and Slow Motion, and five novels including Black & White and Family History. Her short fiction, essays, and journalistic pieces have appeared in The New Yorker, Granta, Tin House, One Story, Elle, The New York Times Book Review, the op-ed pages of The New York Times, and many other publications. Dani has taught in the writing programs at Columbia, NYU, The New School and Wesleyan University. She is co-founder of the Sirenland Writers Conference in Positano, Italy. She lives in Litchfield County, Connecticut with her family. Her latest memoir, Inheritance, was published by Knopf in January, 2019. 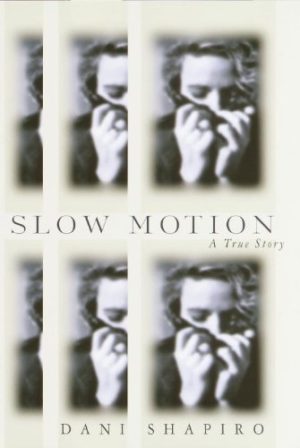 At twenty-three, Dani Shapiro was in the midst of a major rebellion against her religious upbringing. She had dropped out of college, was halfheartedly acting in television commercials, and was carrying on with an older married man when her life was changed, in an instant, by a phone call. Her parents had been in a devastating car accident. Neither was expected to survive. In her first memoir, Shapiro offers this powerful true story of a life turned around; not by miracles or happy endings, but by unexpected personal catastrophe.